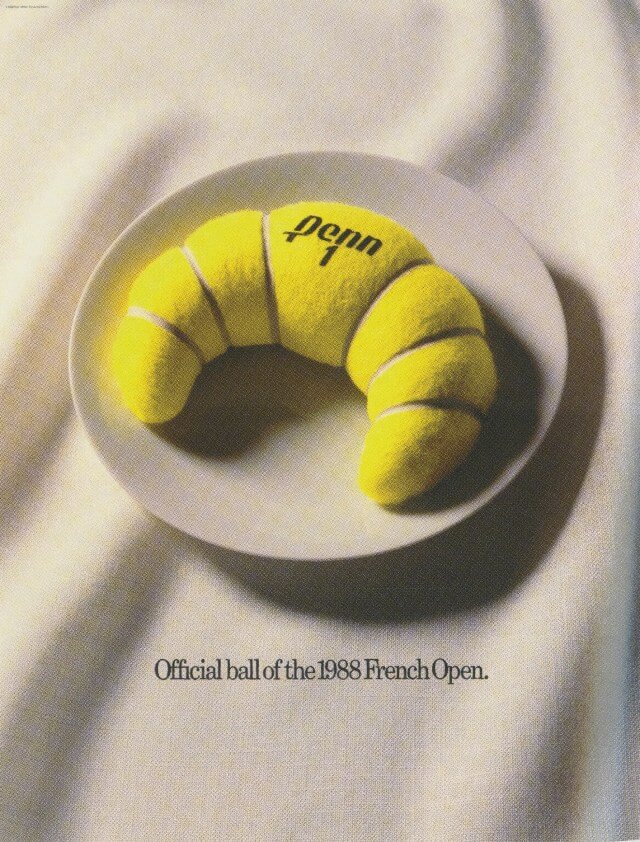 I was 22 and in the first weeks of an internship at Grey, New York. That internship taught me many important lessons but none greater than this one: you cannot eat two slices of pizza every day for three months and expect to have blemish-free skin, no matter how young you are.

But there is another thing that sticks out about that internship.

A few of us took a field trip to visit the One Club to see the work of Fallon McElligott. Walking through the One Club doors and standing in front of all their amazing work was an eye-opening experience for a young creative with 400 grams of carbs coursing through his veins. Every ad was awe-inspiring and hysterical. But there is one that stood out above all others: an ad for the French Open that only featured a visual – a tennis ball in the shape of a croissant. No headline. Just the name of the event.

They stared at me dumbfounded.

“Why would anyone eat a tennis ball?”, “Do the French make their tennis balls that way?”, “That’s not funny.”

Such is the business we’re in.

The ideas we marvel at are never viewed with the same reverence outside our industry if they’re seen at all. But every year we enter award show season and start the same endless debates: “no one saw it, it only ran once, it’s awards bait.” And I’m here to tell you:

It doesn’t matter if it only appeared once or not at all or was funded entirely by the agency or led by creatives who only want the trophy and the next job offer. Because award shows have never been an indication of wide acceptance (even if every case study video has impressions and headlines and Twitter posts that say otherwise). Award shows are a measure of the idea.  That’s it. And by measuring the idea they push our industry forward – by pushing all the creators forward. It doesn’t matter if your parents get it, or anyone outside of our industry gets it (they don’t). What matters is that WE see it, it inspires us in some way, and it allows us all to expand our thinking to push the boundaries of our own creativity.

When a UPC code won a Titanium Grand Prix at Cannes did any consumer notice? Not a chance. But did it cement the idea that creativity can happen anywhere to a generation of creatives – even on the back of a package of soap? Yep.

Books that clean drinking water. Emojis that order pizza. Potholes that tweet. Amazing ideas, all of them, which then inspired thousands of other big and small acts of creativity around the globe for clients big and small. And that excites me, as it has every year since that first day I walked into the One Club.

So, this year, I’ll pour through the winners, applaud the creativity, and like every LinkedIn post I see on the subject. I may even have two slices of Ray’s Original just for old time’s sake – although I’m dabbing my napkin on the grease first. 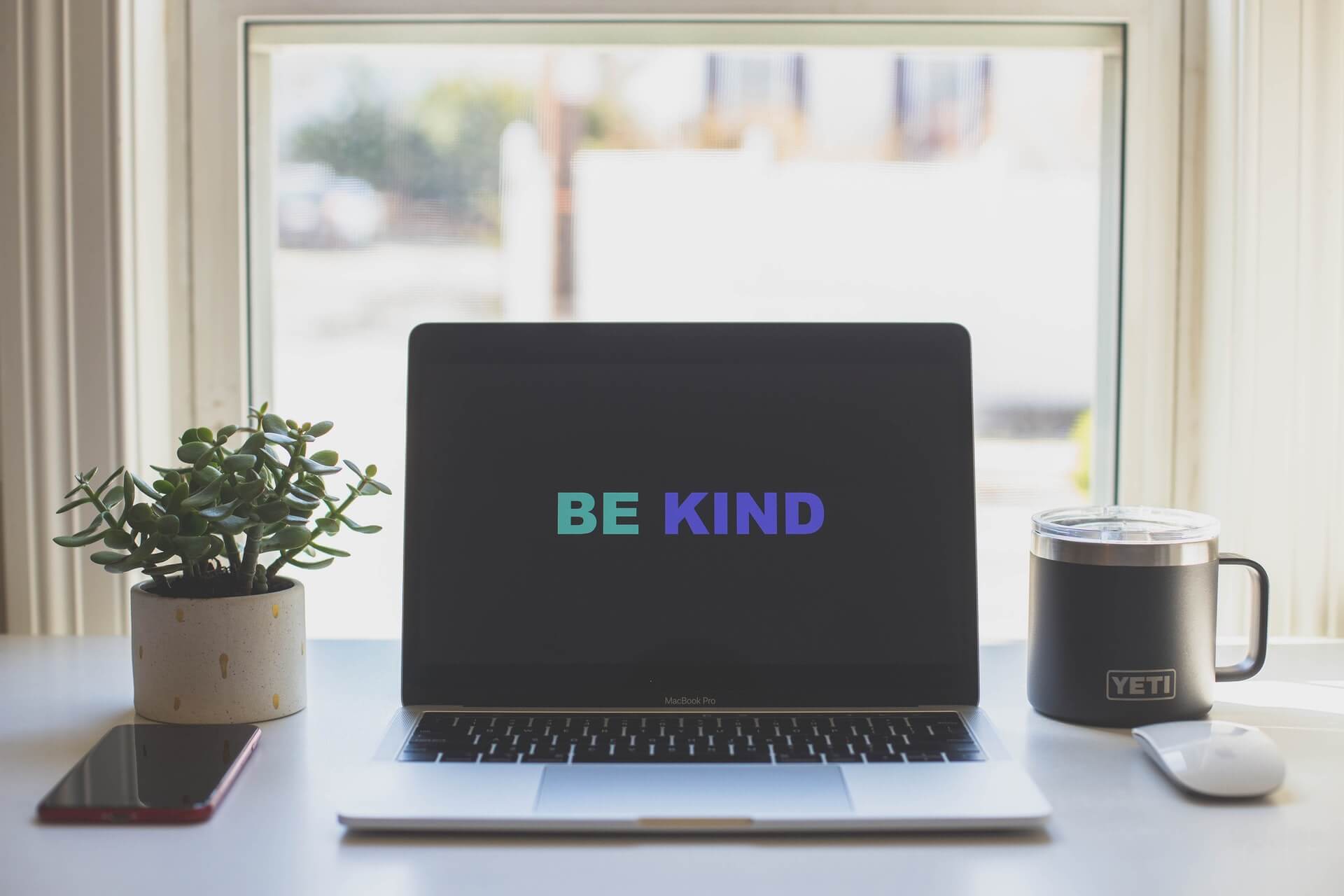 Supporting Neurodiversity in the Workplace
Read now
In the moment

The Road to the Future of Communications, from a Current Standpoint
Read now
In the moment 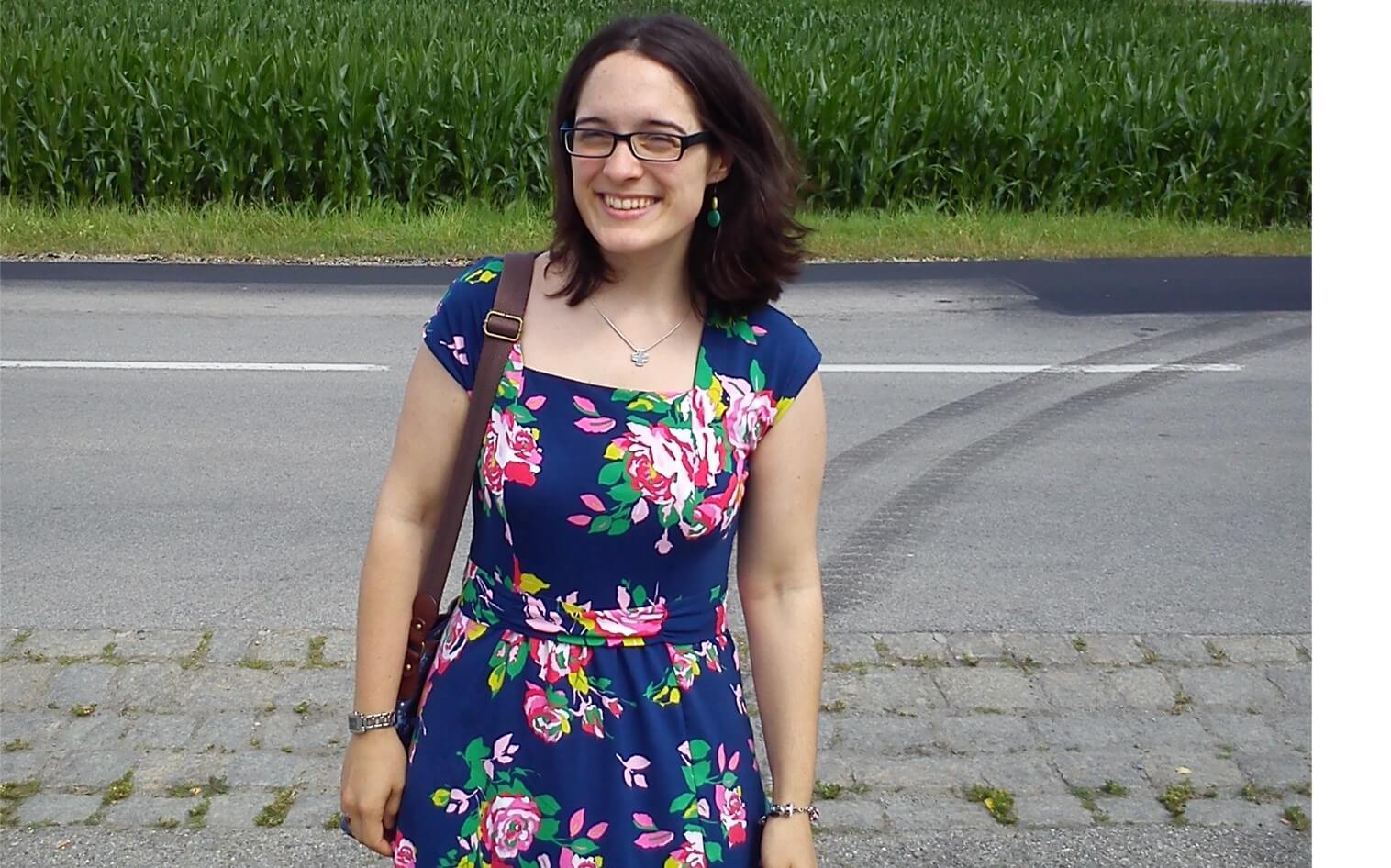 How Following Your Interests, Despite the Doubters, Can Lead to Career Success
Read now